Layers in the Internet protocol stack.


Match the function of a layer in the Internet protocol stack to its its name in the pulldown menu.


Match the name of an Internet layer with unit of data that is exchanged among protocol entities at that layer, using the pulldown menu.


Consider the figure below, showing a link-layer frame heading from a host to a router.  There are three header fields shown.  Match the name of a header with a header label shown in the figure. 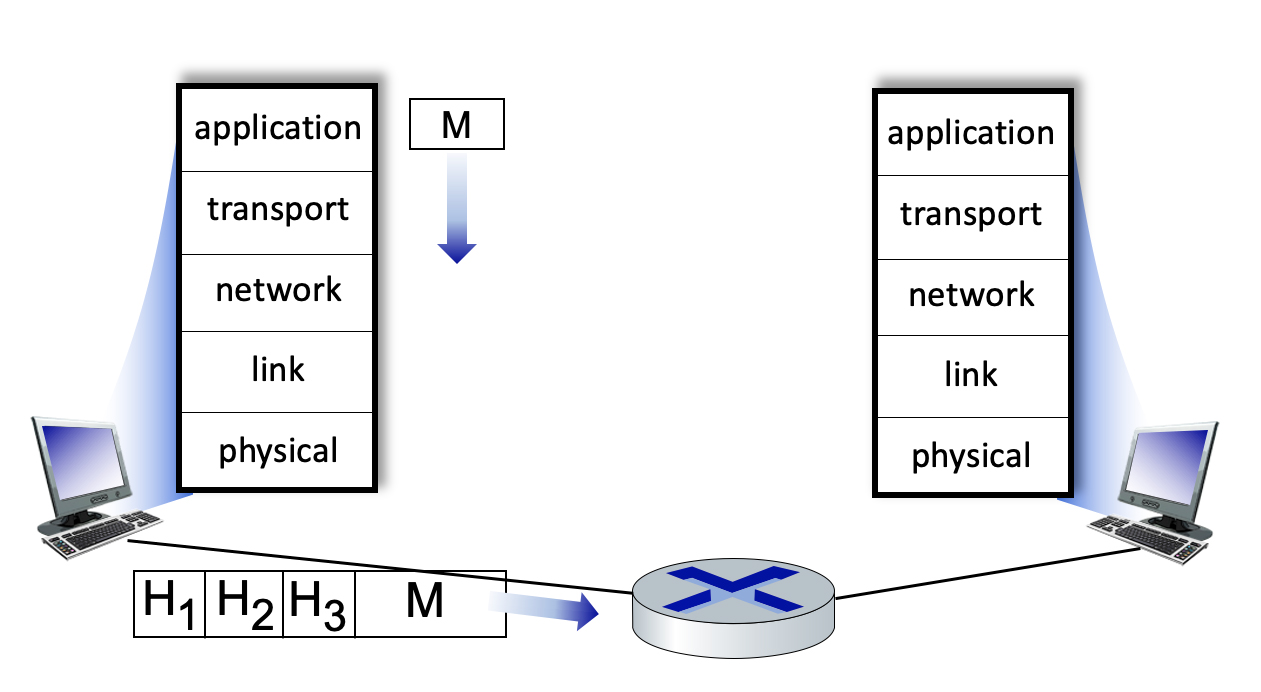 
Which of the definitions below describe what is meant by the term "encapsulation"?

We gratefully acknowledge the programming and problem design work of John Broderick (UMass '21), which has really helped to substantially improve this site.